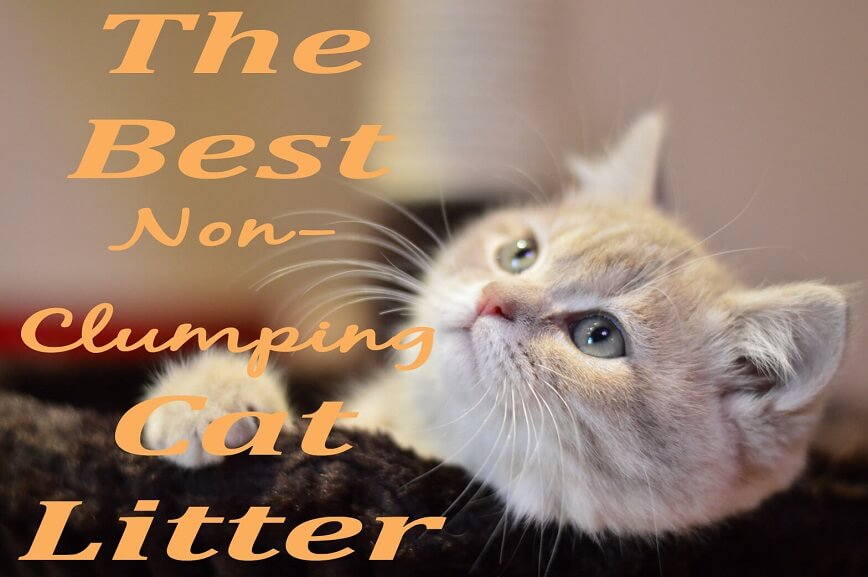 When it comes to cat litter, it usually comes down to choosing clumping or non-clumping material. Non-clumping litter is the oldest commercial cat litter on the market. It was created back in the late 1940’s and due to its great absorption capabilities it gained in popularity fast.

Non-clumping cat litter were typically made from clay. Today there are many different types of material offered in the non-clumping litter department.

Some examples include pine, wheat, grass, corn, wood as well as crystals. For those cat owners who are on a tight budget, non-clumping clay litters are usually the cheaper choice.

If you decide to forgo the clumping litter, non-clumping cat litter is generally less maintenance over clumping types. 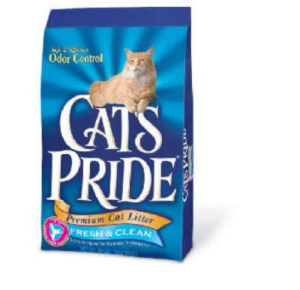 This fresh-scented, non-clumping clay litter prevents the growth of odor in your cat’s litter box, using safe and effective ingredients. It is super-absorbent and sponge-like granules to keep neutralizing odors.

The odor elimination and cleanup abilities of this product are simple. It contains no harsh chemicals or overpowering fragrances.

The price is reasonable compared to other non clumping litters. It is available in 10, 20, and 30 pound bags and is comprised of clay. This litter claims to be the most cost effective in it’s class.

Purina’s Yesterdays News cat litter is made from compressed pellets of recycled newspaper. It is considered environmentally-friendly since its biodegradable. It also absorbs well, and is often recommended by vets for use by post-surgical cats, since it doesn’t cling to paws or fur like clay or other clumping litters.

Pellets also won’t get tracked around the house. In the worst case scenario, a few dry pieces will get flung out of the litter box, but they are easy to see and clean up.

Since Yesterday’s News cat litter is not a granule, it’s a good choice if you have hardwood in your house because it won’t be prone to getting scratched due to tracking like traditional clay litter.

This litter won’t get stuck in your kitty’s paws, so it won’t be licked off and ingested. One of the most obvious reasons people choose Yesterdays News cat litter, is because its dust free and fragrance free. Yesterdays News absorbs 3 times more moisture than clay, however it doesn’t clump. 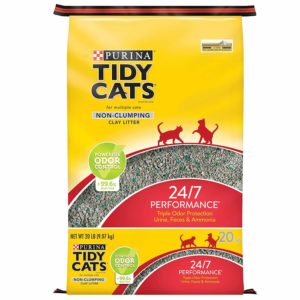 Glade Tough Odor Solutions technology assists this cat litter in defending against unpleasant odors, leaving every litter box in your home smelling fresh and clean. The Clear Springs scent adds a light fragrance that will not offend your cat. It is also ideal for multiple-cat homes. 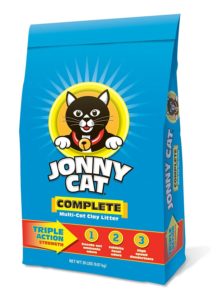 The ammonia odor eliminator immediately controls urine smells, but without the use of harsh chemicals leaving a fresh and clean litter box for your cat.

It works 24/7 to reduce the development of fecal odors in the litter box as well. The high speed deodorizer goes to work on odor instantly, leaving a scent that’s clean and refreshing, yet safe and gentle for your your home and your cat. 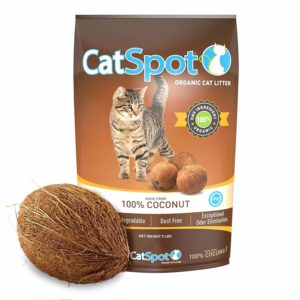 CatSpot is made with one simple ingredient: coconut! There are no harmful allergens or chemicals for your cat to ingest. CatSpot is a 100% all-natural product that’s both odor-eliminating and hypoallergenic. That means zero chemicals, no dust, lightweight and incredible absorbency.

It claims the one 5-lb bag of CatSpot has the same absorbency as 20 pounds of clay litter. This cat litter comes from the earth and goes right back to it. That means zero chemicals and zero waste back into our landfills.

What To Consider When Choosing A Non-clumping Cat Litter?

Choosing a litter that your cat prefers makes it more likely your cat uses the litter box correctly. The best way to determine if non-clumping litter is the best litter, is to give your cat the choice. Once you have determined which litter your cat prefers, it is important to stick with it. 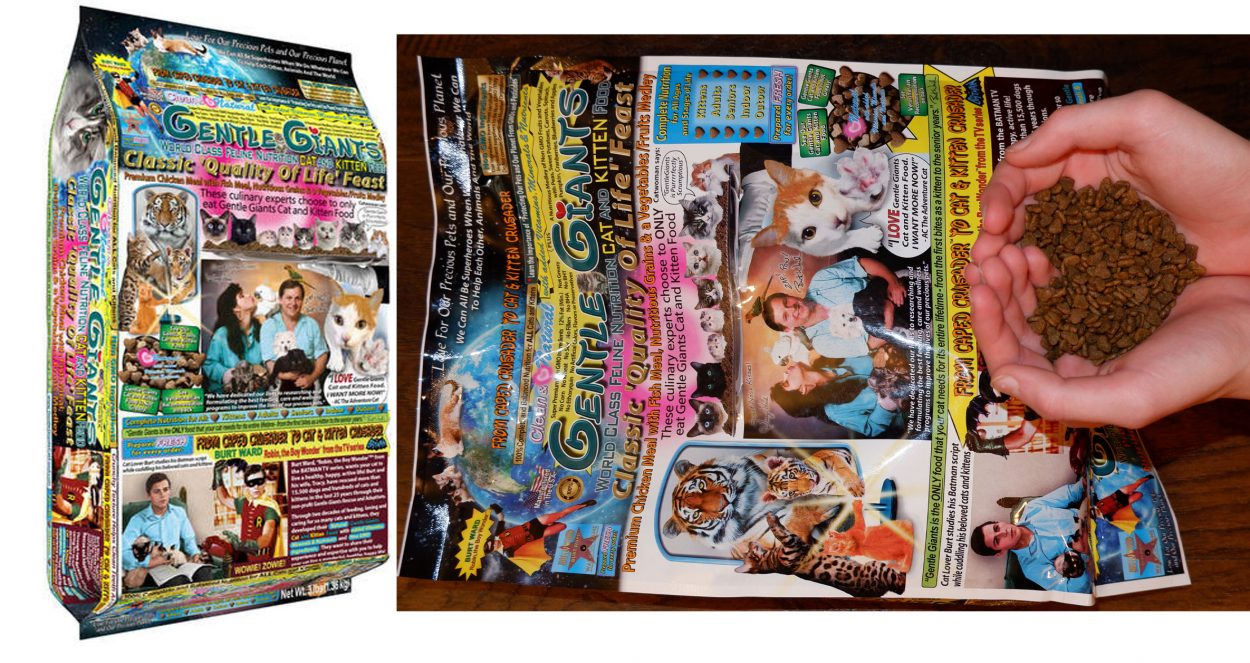