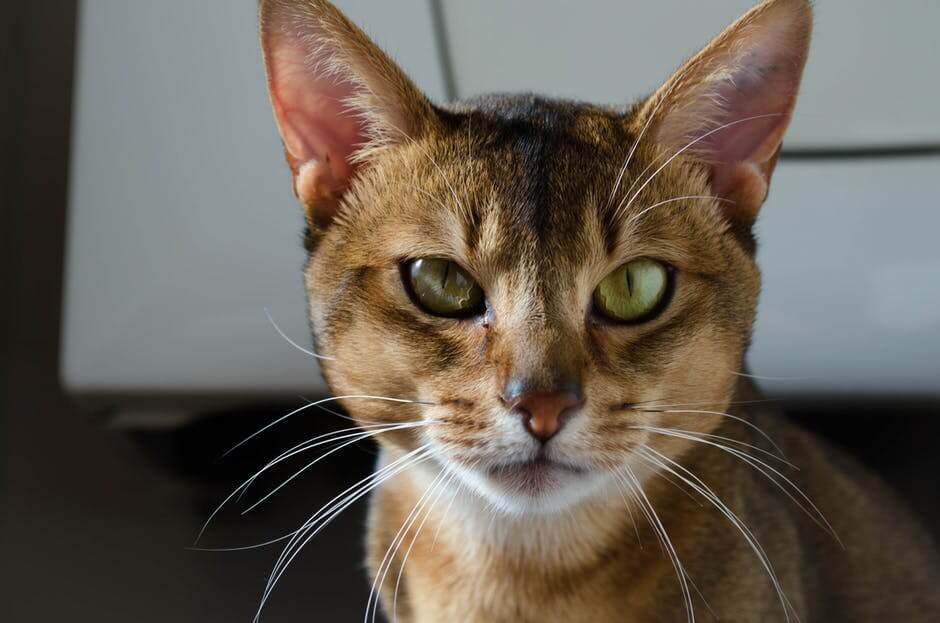 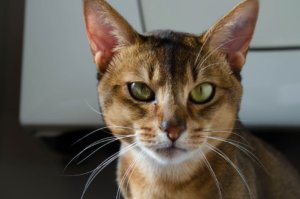 The Abyssinian breed is known for being one of the oldest cat breeds, dating back to ancient Egypt 4000 years ago. Although stories vary on this breeds origin, mummified cats in Egyptian tombs were discovered by modern archaeologists with similar appearance to today’s Abyssinian. In 1868, a British soldier returned home with a kitten named Zula who is regarded as the founder of the breed. This was following the Abyssinian War when Great Britain defeated Abyssinia (now Ethiopia). The first of this breed to reach North America arrived in the early 1900’s, but did not begin to become popular until the 1930’s. Today, the Abyssinian cat breed ranks among the top five most popular breeds in America.

The Abyssinian cat is mid sized, slim and have a wedge-shaped, but slightly rounded head. The cat body is strong, muscular, but proportional with a well developed back. Their ears are large and widely set with rounded tuft endings. The eyebrows and eyelids are dark while the eyes are large, eloquent and almond shaped. Eye color ranges from amber-gold to green. They have long tails that taper as it moves towards the tip. Their coat is soft, ticked, dense to the touch and a medium length. Coat colors can be blue, fawn, red, ruddy, lilac or cream. The Abyssinian cat weight varies from 7 pounds to 15 pounds.

Abyssinian’s not only look like wild cats but they act like them too. They are very playful, acrobatic and have lots of energy. They enjoy interacting with humans and may insist on being part of family events. They are highly intelligent, independent and because of this can be easily trained. They usually do not enjoy being cuddled or handled and are far from a relaxing lap cat. They demand being catered to and in return are very loyal pets to their owners.

The Abyssinian cat may live up to 15 years on average with proper care. They tend to suffer from genetic diseases such as progressive retinal atrophy, familial renal amyloidosis and pyruvate kinase deficiency (Anemia) . Pyruvate kinase deficiency is an inherited condition that can be intermittent or come on strongly, without warning. It affects both males and females and occurs more frequently in the Abyssinian breed than other cat breeds.