Certain cat breeds are known for their large and mesmerizing eyes. Like humans, cats use their eyes to communicate, making them easier to read.

If you think big-eyed cat breeds are adorable then you have come to the right place.

Here we have are 10 big eyed cat breeds you will love to learn more about. 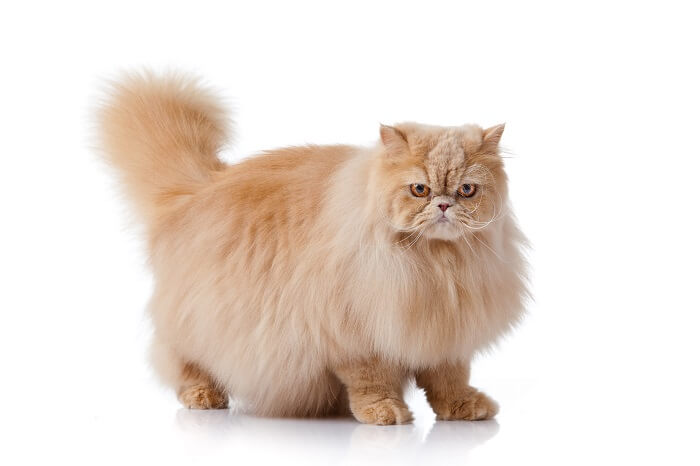 Persians are one of the most popular breeds of cats and have beautiful, silky long coats on a stocky body. They can be medium to large sized with either a flatter face or “doll face”,  with a longer muzzle and nose. A Persian is a symbol of elegance and luxury and it’s a popular colors.

Persians can have large copper or blue eyes, or they may have “odd eyes” which is one blue and one copper eye.

Despite their royal appearance, they are sweet, gentle cats that enjoy cuddling and lounging. They can be very playful, especially as kittens. Persians are also wonderful with children but they do prefer a quiet environment. 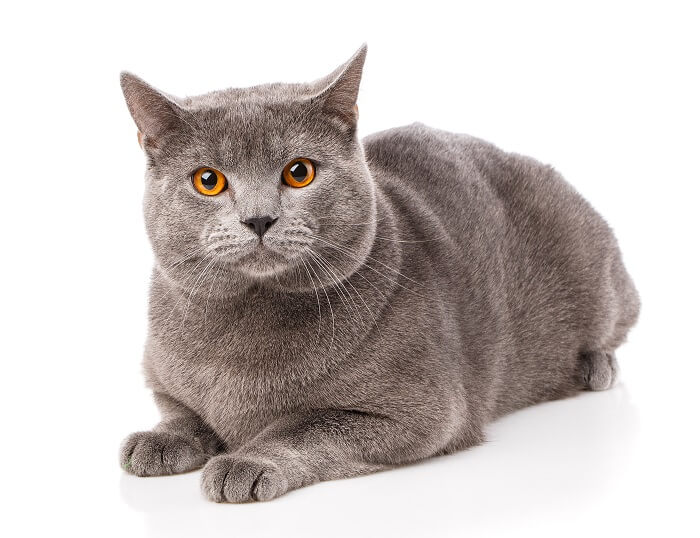 This cat breed has a muscular body with thin legs and striking orange eyes.  It has a beautiful short, soft, and woolly coat. Known as the national cat of France, the Chartreux cat only comes in shades of blue-grey.

If you get a Chartreux cat as a pet, you’ll fall in love with its round face and sweet smile. Their big round eyes tend to come in shades between copper and gold, which beautifully offset their blue coats.

This feline is extremely intelligent, affectionate, and friendly. Chartreux cats are also playful, polite but require lots of attention. This cat may also get attached to a favorite person in the family. 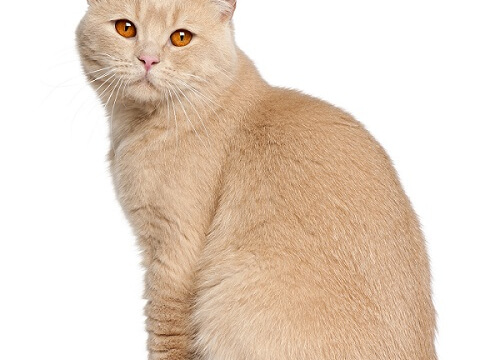 British Shorthairs are one of the oldest cat breeds in the world. The Romans are known to have imported these cats from Egypt, probably brought the first of them over with them when they invaded Britain and they soon settled in.

British Shorthairs are round all over, with a broad chest and strong legs. Their coats are short, thick and plush and eye color depends on the coat color, but you can expect British Blues to have big gold eyes. Those with point coloring should have large blue eyes while other eye colors range from golden to copper.

They have gentle and loving personalities, ideally suited for a calm life where you can provide them with plenty of attention. 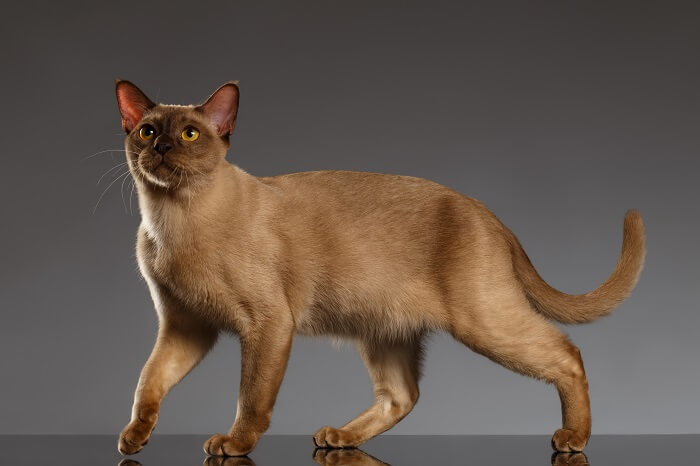 Burmese is a cat breed whose origin is in Burma. All Burmese can follow their heritage to a female Burma kitty named Wong Mau.

The Burmese has a round head, a muscular body, and large lustrous eyes. The short and glossy coat comes in a variety of colors, including grey with fawn undertones.

Burmese is one of the most beautiful and outgoing cat breeds. This cat also has a dog-like personality and will often enjoy playing fetch. These lovely felines are also affectionate and friendly, making them perfect for any home. 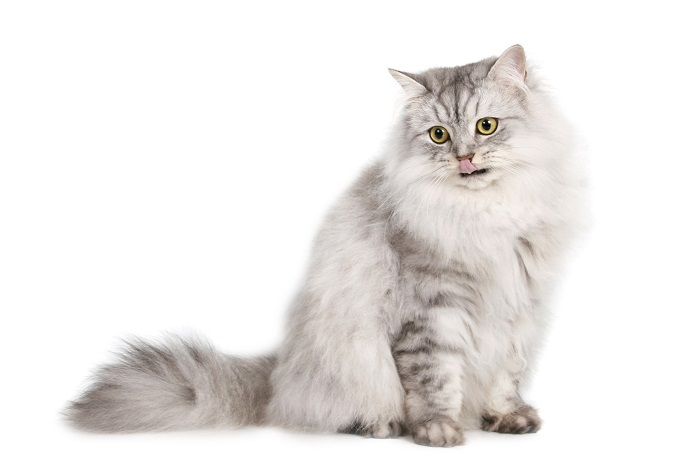 The Ragamuffin cat is known for its large size, large expressive eyes, and docile nature. RagaMuffins do not attain full maturity until approximately four years of age.

This breed is good with children and families. They are calm and collected and love to be pet. 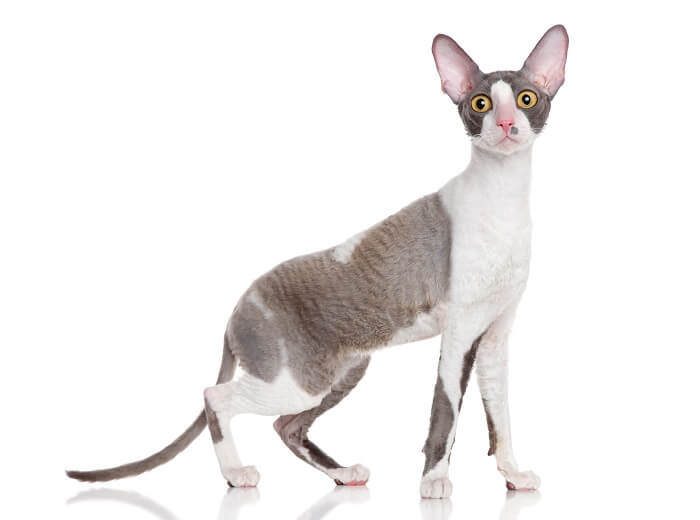 The Cornish Rex is an unusual and rare breed. Their coat is very soft and many allergy sufferers claim this breed is preferable to others.

They have a short curled coat and a long, slinky body and tail,  as well as big tapered ears and round eyes. The Cornish Rex is a smaller to medium size cat weighing between six and 10 pounds.

The Cornish Rex is great for families with kids, other cats and cat-friendly dogs. These cats love to play games, such as fetch, and can be trained to do tricks. They are very active, intelligent cats with a playful and outgoing personality. 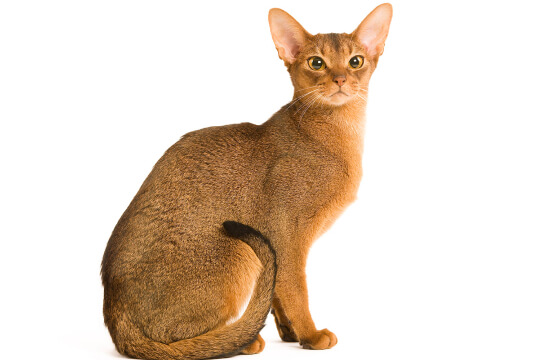 Abyssinian cats have a little more of a lion presence to them and less leopard-like. It is believed they date back to small wild cats that roamed the streets of ancient Egypt. They can like to be 15 years and weigh between 9 and 17 pounds.

They often have dark patches on their forehead which, in part, gives them this lion-like quality and do not have spots or stripes like a tabby cat. They are beautiful cats with an elegant skeletal structure and a regal demeanor.

Abyssinian cats are very playful, intelligent and love to cuddle. They are great companion pets and will develop a strong bond with their owner.

LaPerm is reminiscent of the popular hairstyle in the 80s called the perm. The name LaPerm means wavy and ripped just like the soft and wavy coat of this feline.

Laperm resulted from a spontaneous genetic mutation of a tabby cat in a regular litter. This cat’s curly hair comes in a variety of colors and patterns.

LaPerm cats are friendly but mischievous. This cat is also very intelligent and loves to learn new tricks. 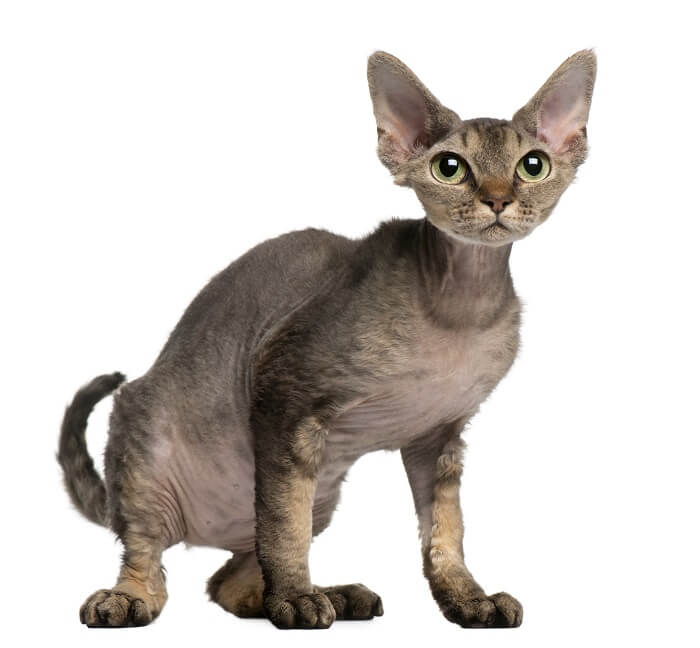 Like the Cornish Rex, the Devon Rex is another unusual looking cat. They have a similar body and head shape as the Cornish Rex but their coat is tightly curled and has been compared to feeling like suede.

The Devon Rex is known as the “Pixie of the Cat Fancy” for their impish appearance and silly, clownish personality. The Devon Rex is a small to medium cat weighing between 6 and 9 pounds.

The Devon Rex is great for families with kids, and this breed will also get along with cat-friendly dogs. 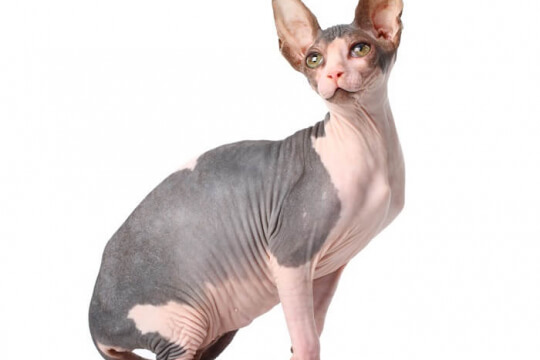 This feline originated from Toronto, Canada, as a result of a natural genetic mutation. Its hairless coat has an almost leather-like appearance.

The lack of facial hair also makes the large, oval eyes more conspicuous. While they can have just about any eye color, the most common types are aqua, green, yellow, or icy blue.

The Sphynx has a lively, affectionate, and sweet-tempered personality but this cat is also known to be quite mischievous. This indoor cat also loves attention.

Cats with big eyes are unique with their striking features. No matter what type of eyes you prefer, you are sure to find a a wonderful cat to adopt and love. 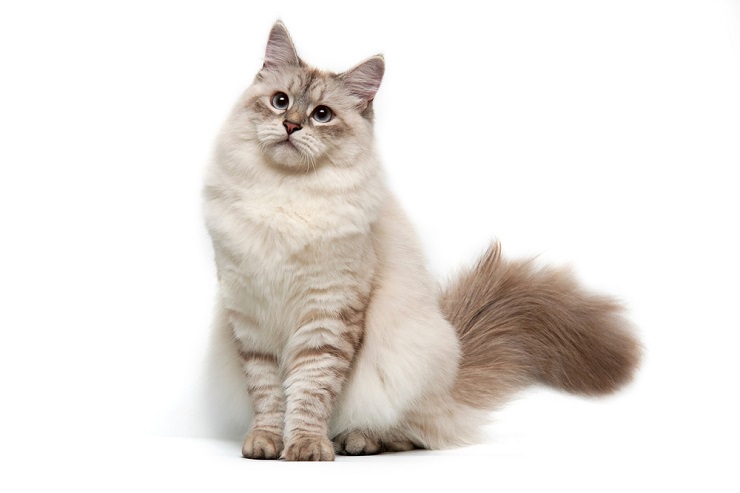 Siberian Cat Colors: From Red To Grey And Golden