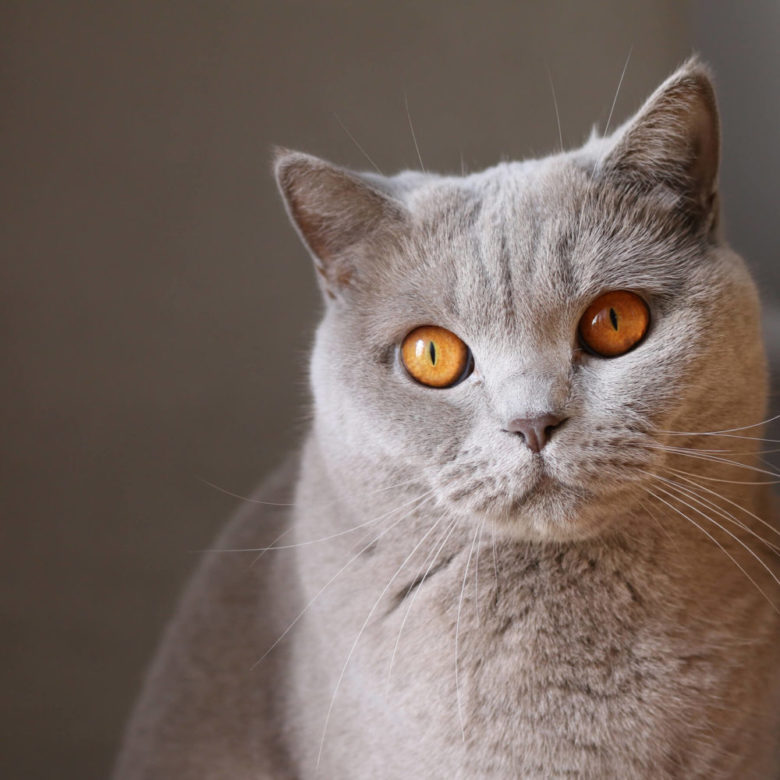 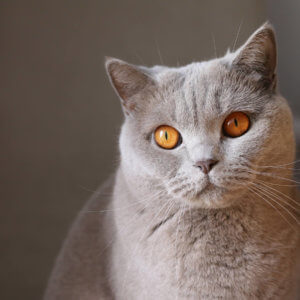 The British Shorthair can trace its ancestry back to the domestic cats of Rome making it one of the oldest breeds. Romans initially brought Egyptian domestic cats to Great Britain and these cats then bred with the local European wildcats. Although a successful street cat, the breed was also one of Britain’s first pedigreed cats. In the late 1800s, British shorthairs appeared in England’s first official cat shows.

These teddy bear cats have large, round, copper eyes, a dense coat and are considered a medium to large sized cat. The head is relatively large and rounded, with a short muzzle and broad cheeks. Their medium-sized ears are broad at the base and widely set. The British Shorthair is a slow maturing breed and do not reach full size until three years of age. Adult males average nine to seventeen pounds, and adult females average seven to twelve pounds. Not all are blue and not every blue cat is a British Shorthair. The breed has a wide range of other colors and patterns, including tabby and color-point.

The breed’s good-nature and calm temperament make it a target for the big screen, notably as the motivation behind the famous Cheshire Cat from Alice in Wonderland. Today, a blue British Shorthair is the star of the original “I Can Has Cheezburger?” image, credited with promoting the lolcat phenomenon. They are an easy going breed but not as active and playful as others. Nevertheless they are sweet in nature and devoted to their owners, making them a top choice among animal trainers. They also tend to be safe around other pets and children since they will tolerate a fair amount of physical interaction, but for the most part they do not like to be picked up or carried.

British Shorthairs have no specific breed-related diseases. They require only minimal grooming and are content being indoor-only cats. However, they can be prone to obesity unless care is taken with their diet