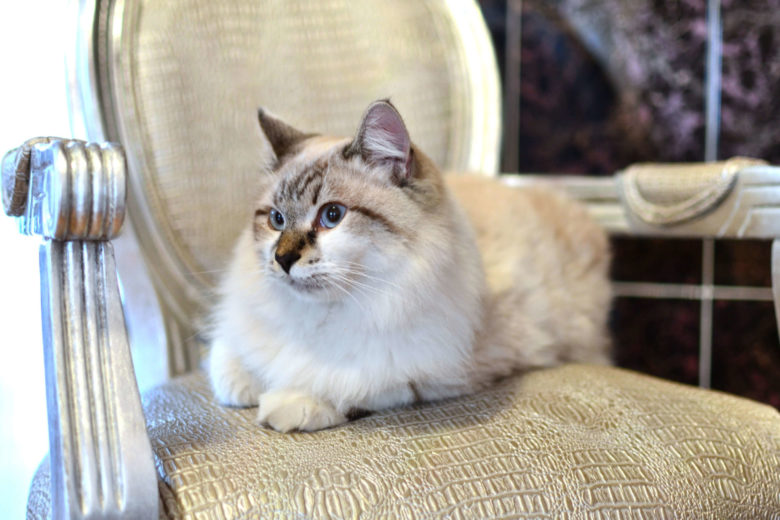 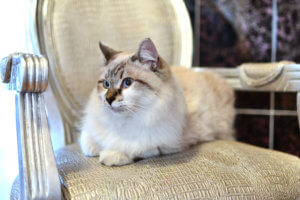 The Ragdoll cat, or sometimes called Ragamuffin cat, have become quite popular, despite the confusion about the history of the breed. Ragdoll cats were developed in 1963 by a woman named Ann Baker in Riverside, California. She wanted to create a large cat with a long coat and mellow personality. As the breed grew in popularity, Baker allegedly invented wild stories about the breed’s origins and set up her own registry to try and enforce strict standards on the breed.

The Ragdoll is one of the largest domesticated cat breeds, with a sturdy body and well proportioned legs. A full grown female can weigh 8 to 15 pounds while males range from 12 to 20 pounds or more. The genes for point coloration are responsible for the striking blue eyes and the more intense shades of blue are favored in cat shows. Although the breed has a silky coat, it consists of mostly long hairs with a soft texture and is easy to groom .The Ragdoll comes in the four traditional pointed colors: seal, chocolate, blue and lilac; and three divisions: solid or colorpoint, particolor mitted, and particolor bicolor.

The Ragdoll cat is a laid back, intelligent, gentle and an easy-to-handle lap cat. They are  known as “dog-like” cats, often following their owner from room to room, as well as seeking physical affection similar to certain dog breeds. Ragdolls can be trained to retrieve toys and enjoy doing so .Like a rag doll, this breed goes limp when you pick them up. They also love to be held and cuddled and are considered one of the most affectionate cat breeds. It is assumed these characteristics have been passed down from the Persian and Birman breeds.

The Ragdoll breed is generally healthy, but bladder stones and a heart condition known as hypertrophic cardiomyopathy are among the conditions that have been reported common. Ragdolls may have a significantly higher number of cats that die of urinary problems, mainly from kidney and lower urinary issues. Ragdolls can live to be 12 to 15 years or more.