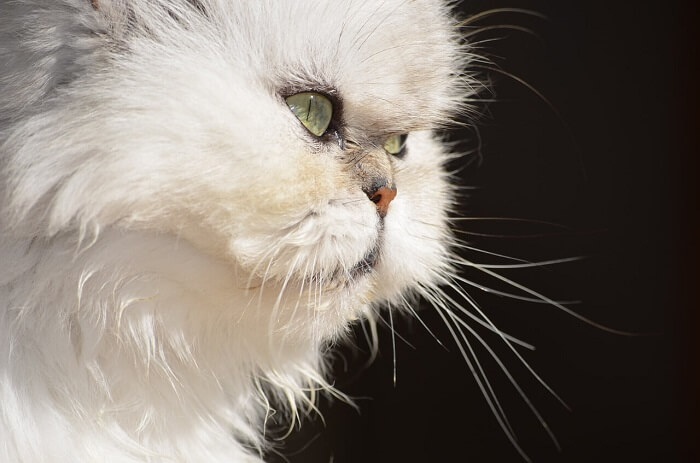 The Persian cat is an ancient breed with a bit of a clouded history. In the 17th century, Pietro della Valle brought a cat from Persia to Italy to add to the breeding program. This cat may well have been a cat known in Persia as the Sand Cat, a cat who lived in the desert. This Sand Cat had a woolly coat, much like a steel soap pad in order to protect her from the environment and allow her to live in the sand.

About a hundred years later, Nicolas de Pereisc acquired some long haired cats. The cats came from Turkey, which is also the home to the Turkish angora, a different breed of long haired cat. In the 19th century, the descendants of these Turkish cats were bred with some cats from Italy, and that was the beginning of the modern Persian. Although this breed is ancient, it is considered man made.

The popularity of the Persian was enhanced when Queen Victoria and other royals fell in love with this stunning breed. They were introduced into the United States at the end of the 19th century, where they were soon popular.

The Persian cat is a large to medium-sized cat, with a well-balanced body and a sweet expression on its face. It has a large, round head, small ears and a comparatively short tail. The breed was originally created with a short  muzzle, but over time this feature has become extremely exaggerated, particularly in North America.

The coat on a Persian cat is thick, full and long. The fur is fine, but should be lustrous and glossy. This breed features solid, bi-color, calico and tabby varieties, which can include a multitude of colors and patterns. The Solid Persian  may be colored white, blue, black, red, cream, chocolate and/or lilac.  All have brilliant copper eyes, except the pristine white solid color, which may be copper, deep blue or a combination of blue and copper. The Persian Bi-color features a combination of colors as well as patterns of tabby. All have brilliant copper eyes, except the silver tabby with white, which may have green or hazel eyes. The Persian Calico has a white coat splashed with vivid patches of red and black. The dilute calico is patched with blue and cream and chocolate. Lilac calicos have patches of chocolate and red or lilac and cream. The Persian Tabby is known for being extroverted and may come in three patterns, classic, mackerel and patched.

Persians and are extremely intelligent and love to play, but lack curiosity that other cats possess. A Persian makes for an ideal companion, especially if you’re looking for a sweet and docile cat. While it is extremely affectionate and enjoys being petted, it is not the sort of cat that will demand attention. Persians are devoted to their humans, but can be selective in conferring that honor. They crave affection and love but along with trust, it must be earned by humans.

Persians are susceptible to a number of health problems but specifically their sinuses and breathing. In addition, Persians with short muzzles have dust and debris accumulate inside of the nostrils, making it difficult to breathe. Owning a Persian requires a significant time commitment. That beautiful coat requires daily grooming to keep it in good condition and free of mats