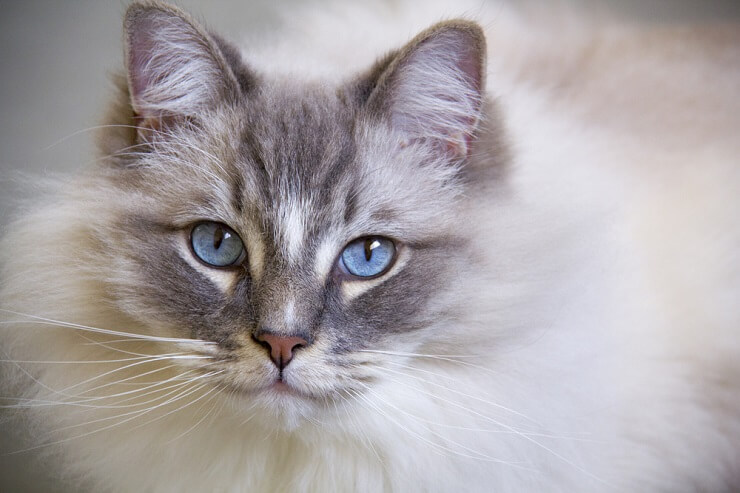 Blue eyed cats have captured the hearts of humans around the world, but not all breeds have blue eyes. Blue eyes can range from a pale sky blue, all the way to a deep and exceptional sapphire color.

Blue eyes in cats are usually caused by a lack of pigment, and all kittens are born with blue eyes because cats do not develop eye pigmentation until they are about six weeks old.

Some cat breeds with blue eyes have a recessive albinism gene, which means that they will always have those baby blues. However, other breeds may have an extra gene that also blocks the coat color, meaning these cats will not only have blue eyes but will also be white in color.

In this article we explain more about blue eyed cats and have created a list of cat breeds with blue eyes. Keep reading to find out more and learn what causes them.

Blue eyes are far more common in white cats. This is due to the dominant white gene, also known as the epistatic white gene. This gene blocks out any other genes that code for color, and this is what results in a completely white coat.

White cats with blue eyes due to the dominant gene are also at higher risk of being deaf than white cats with green or yellow eyes. This is because the gene that codes for a white coat and blue eyes can cause the cochlea of a cat’s inner ear to degenerate within days of birth.

All kittens are born with blue eyes that may change color later on. The color begins to change to the kitten’s true eye color at around 6 or 7 weeks of age. Once the eye is sufficiently matures, the iris’ melanocytes or pigment that gives the cat’s eye its adult coloration then develops. 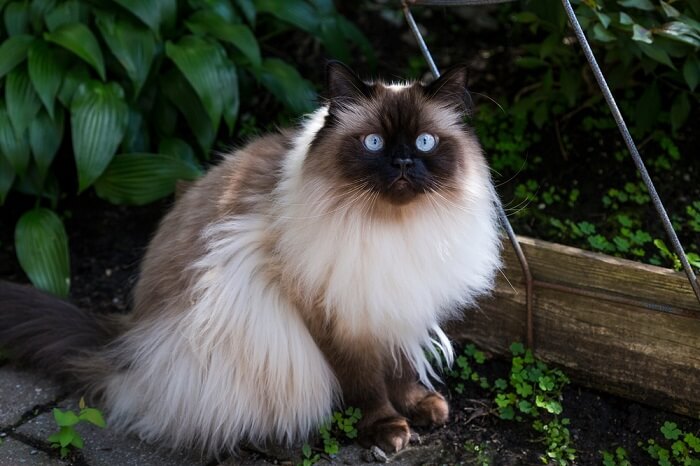 The Himalayan was originally known as a Siamese Persian cross. This breed was first produced in the 1930’s after an inclination was made to create a Persian cat with the pointed coat of a Siamese.

Himalayan cats’ eyes are always a vivid blue and their stature and shape are similar in appearance to the Persian with different coat patterns. They are considered a medium-sized cat, but their fluffy coat makes them appear larger than they really are. 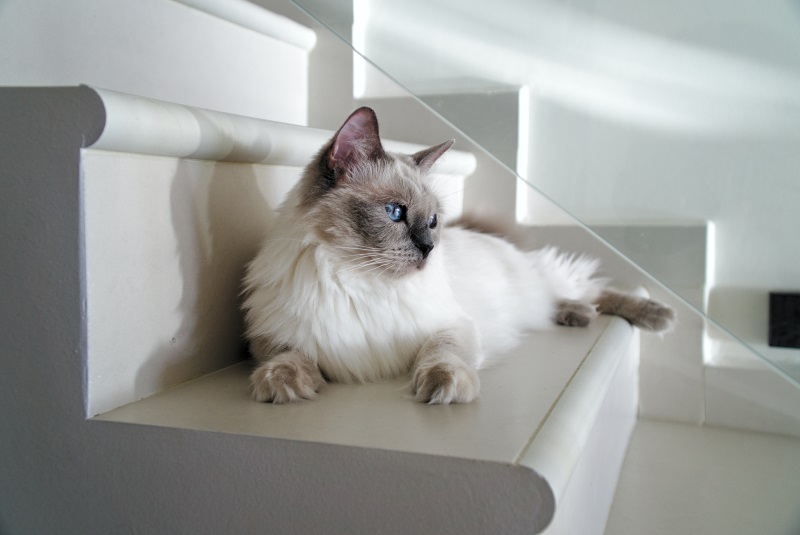 Ragdolls were developed by American breeder Ann Baker in the 1960s. They are best known for their docile and tranquil temperament and affectionate nature.

Ragdolls have magnificent sapphire blue eyes and are the happiest when with people. The main reason for the name “Ragdoll” is because when you pick them up they will go limp in your arms. 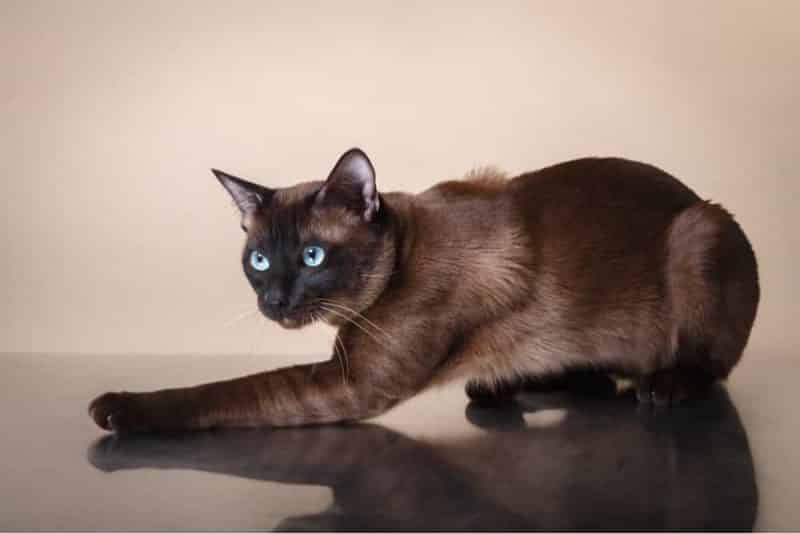 It is believed that Tonkinese-like cats have existed in the West since at least the early 19th century and are the result of crossing Siamese and Burmese cats, giving them all the best of both of these blue-eyed breeds. This breed tends to be entertaining, affectionate and incredibly intelligent, but also has a trusting demeanor which means that they often lack certain defensive instincts. 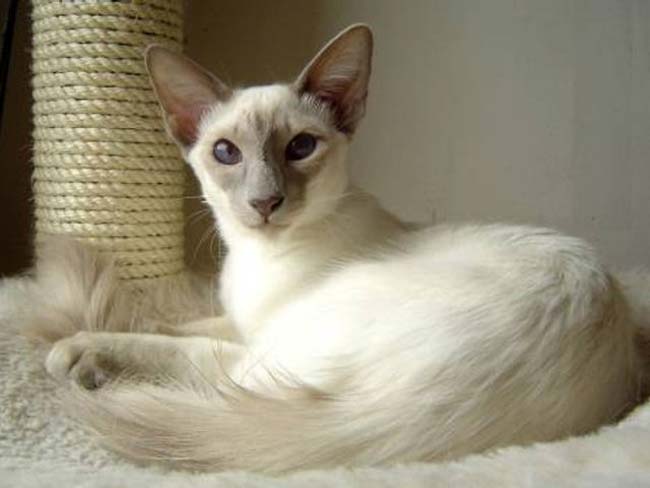 The Javanese is another blue-eyed cat breed that is a mix of Siamese, Colorpoint and Balinese breeds. They may appear graceful and dainty but they actually have a tremendously muscular body, making them acrobatic and highly skilled jumpers and climbers.

Javanese cats are known for their communication skills, and have no problem telling you if they are unhappy or asking for your undivided attention. 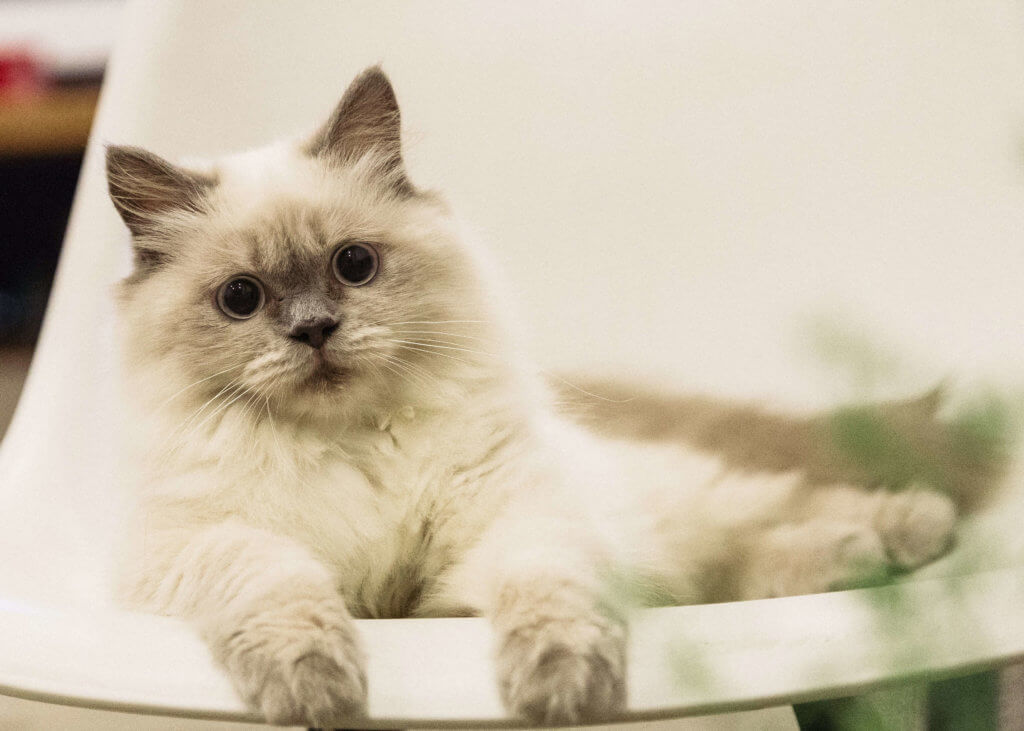 The Birman is most often claimed to have originated as the companions of temple priests in northern Burma on the Mount of Lughcat. They are a larger cat breed with a medium to a long coat of hair. The Birman is not only a longer-haired cat, but also color-pointed and distinguished by a silky coat, deep blue eyes, and contrasting white “gloves” on each paw. 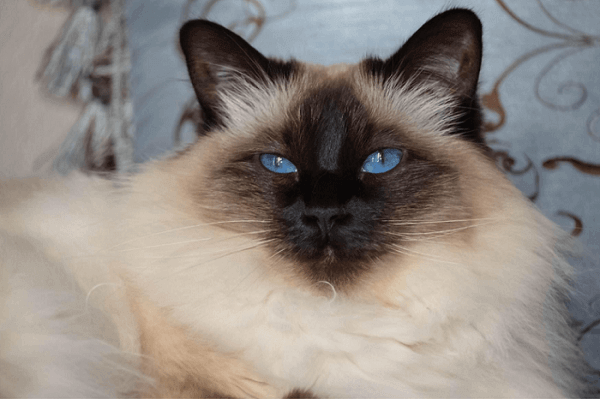 The Balinese breed was named and represents the elegance and sophistication that is similar to the dancers in Bali Temples. Their blue eyes may vary in hue, but many have very deep blue colors. With their silky smooth coats and courteous nature, they make perfect pets that get along with other animals. 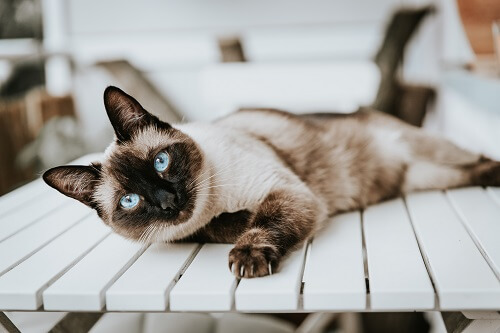 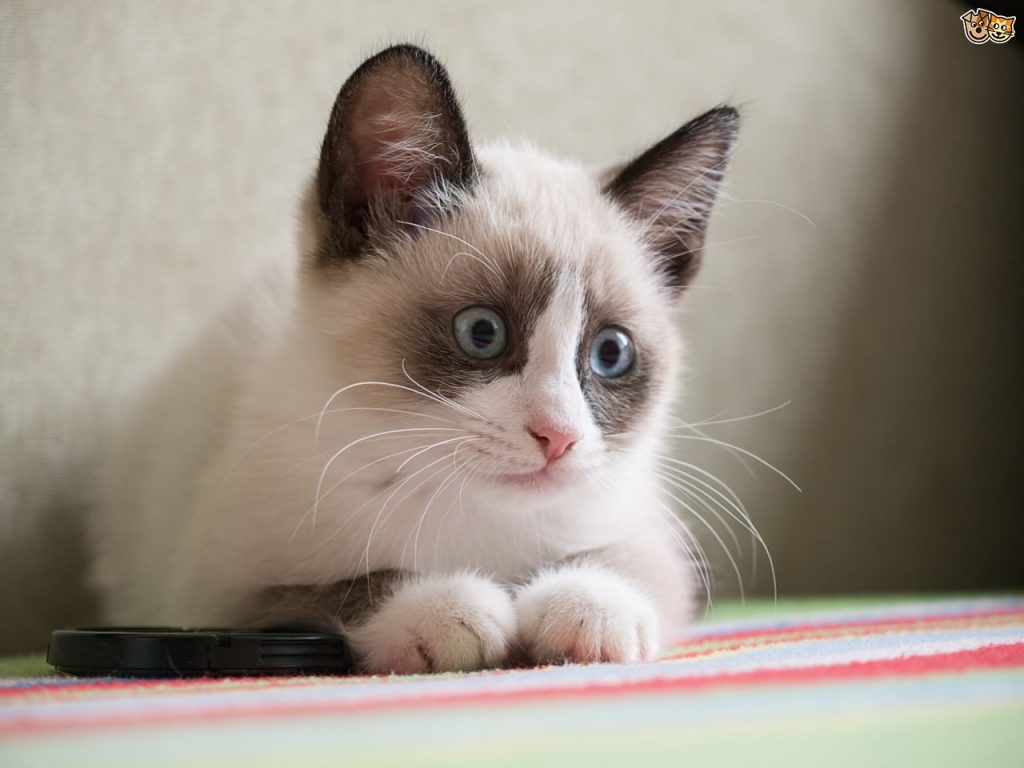 The Snowshoe cat originated in the 1960s as a result of crossing a Siamese with various American Shorthair cats. They earned the name because of their adorable white paws. The Snowshoe is a cat breed with blue eyes, a masked face, and is most commonly beige, white, or tan in color. These cats tend to be quite vocal, though not as much as the Siamese, but make loving playful pets. 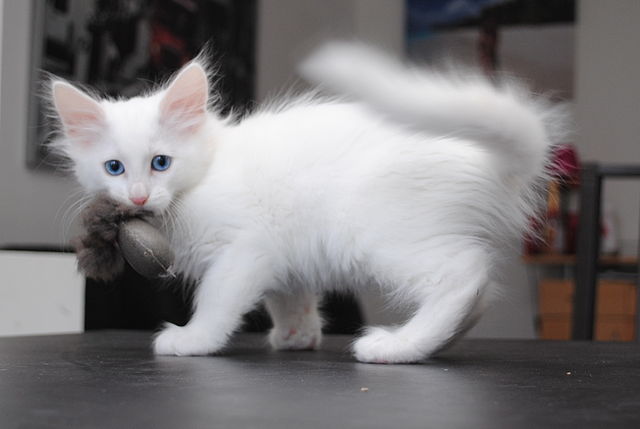 A rare long-haired cat breed from Europe is the Turkish Angora and it originated from the African wildcat. It often has different color eyes with one blue and a varying color for the opposite eye, referred to as heterochromatic. This breed is highly intelligent and easy they are to train. Some say that they can even do basic problem-solving. 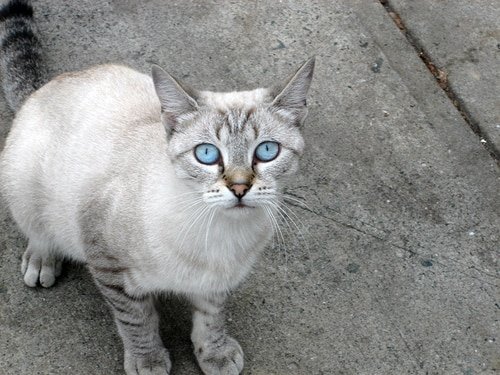 This is one of the rarest cat breeds on this list. The Ojos Azules is known for its strikingly blue eyes which is how this breed earned its name from. Ojos Azules translates in Spanish to “blue eyes”. Besides the amazing blue eyes, this breed is playful, intelligent, and very active.

Not all cats are guaranteed to have blue eyes. Like humans, a cat’s eye color can change as they get older. If you want to adopt a cat that keeps those baby blues into adulthood, your best bet is to pick one of the breeds mentioned in this article.